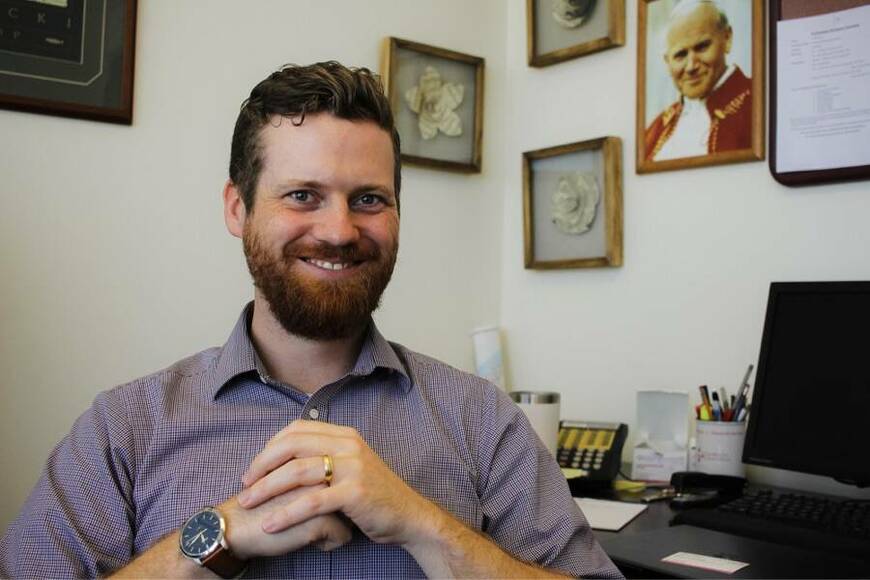 As a counselor at Catholic Charities Lake County, Luke hasn’t had your average career path. In fact, before becoming a counselor, Luke was on the road to the priesthood.

After spending several years in the seminary, traveling to Italy and even meeting Pope Francis, he eventually realized it wasn’t the right fit for him.

"I knew I still wanted to help people, but I didn't know what that was really going to look like," he says.

But after meeting a few counselors, Luke saw the possibility of a new path.

"I talked to some counselors about their jobs and realized that one of the things I was looking forward to the most in the priesthood was this exact thing—assisting people in the journey of healing and insight and self-discovery."

And Luke couldn’t be happier with his career choice.

"I love it," says Luke. "A lot of people kind of have this vague desire to help people, and in this job I've just discovered that the vague desire that was in my heart has been so practically implemented."

The staff at Catholic Charities is another reason why Luke enjoys his job.

"They've been incredibly helpful and nurturing of my skills and goals," he says. "Just working with other people that have similar passions and interests that I do is really inspiring and encouraging."