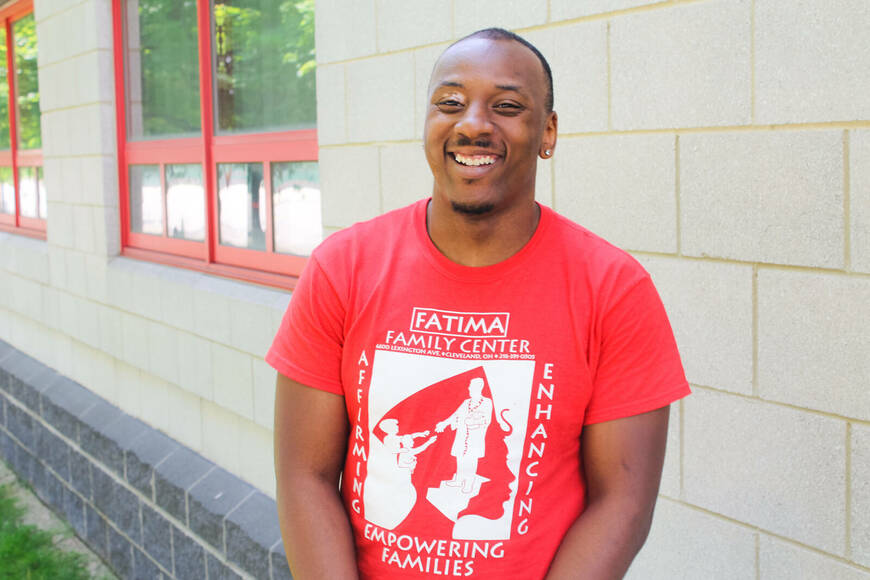 If it weren’t for Fatima Family Center’s summer camp, Jashawn might have chosen a different career path.

The 23-year-old camp counselor is in his final year at Hiram College, finishing up his bachelor’s degree in education. Jashawn says his grandmother’s work as a daycare provider first sparked his interest in becoming a teacher.

“Then coming here made it grow even more,” says Jashawn, reflecting on his childhood memories as a 7-year-old camper. “I remember our field trips and the counselors,” he says. “They were always nice. They were there for us.”

Being someone the kids can talk to is important to Jashawn as a future middle school teacher.

“I want to teach them and be there for them, because I like to support kids and help them with anything they need,” he says. “Kids need that support system. Not just from parents but from teachers.”

And Jashawn feels like he’s already begun to make those connections with the 9 and 10-year-olds he mentors at camp.

“They want to learn from me, and they feel like they can trust me,” he says. “And I give them the attention that they need.”

I like to support kids and help them with anything they need. Kids need that support system. Not just from parents but from teachers.
Jashawn, Fatima Summer Camp Counselor