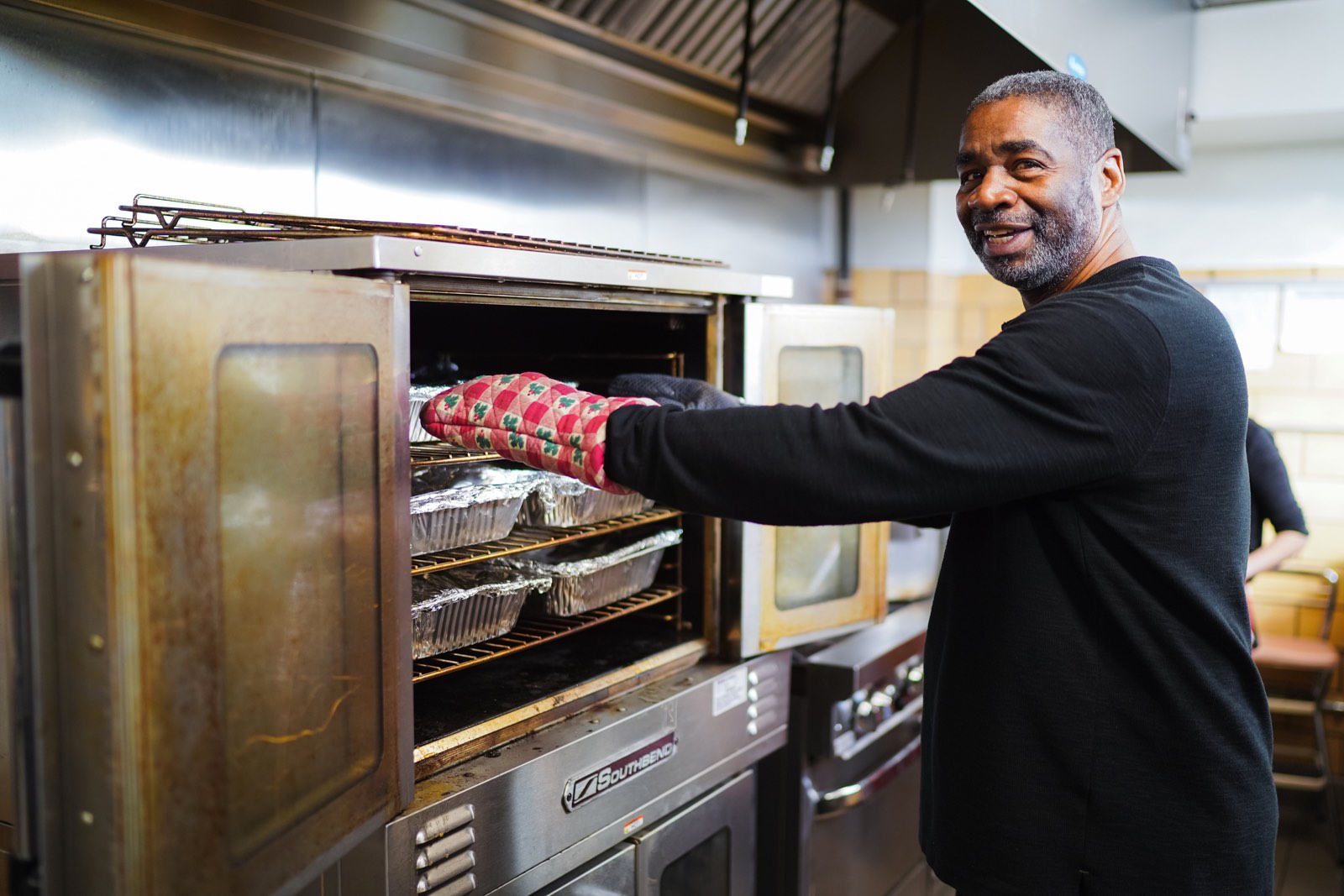 Because St. Elizabeth’s dedication to the poor, the sick, and the homeless so closely exemplifies the work of Catholic Charities, we chose her to be our patroness saint. 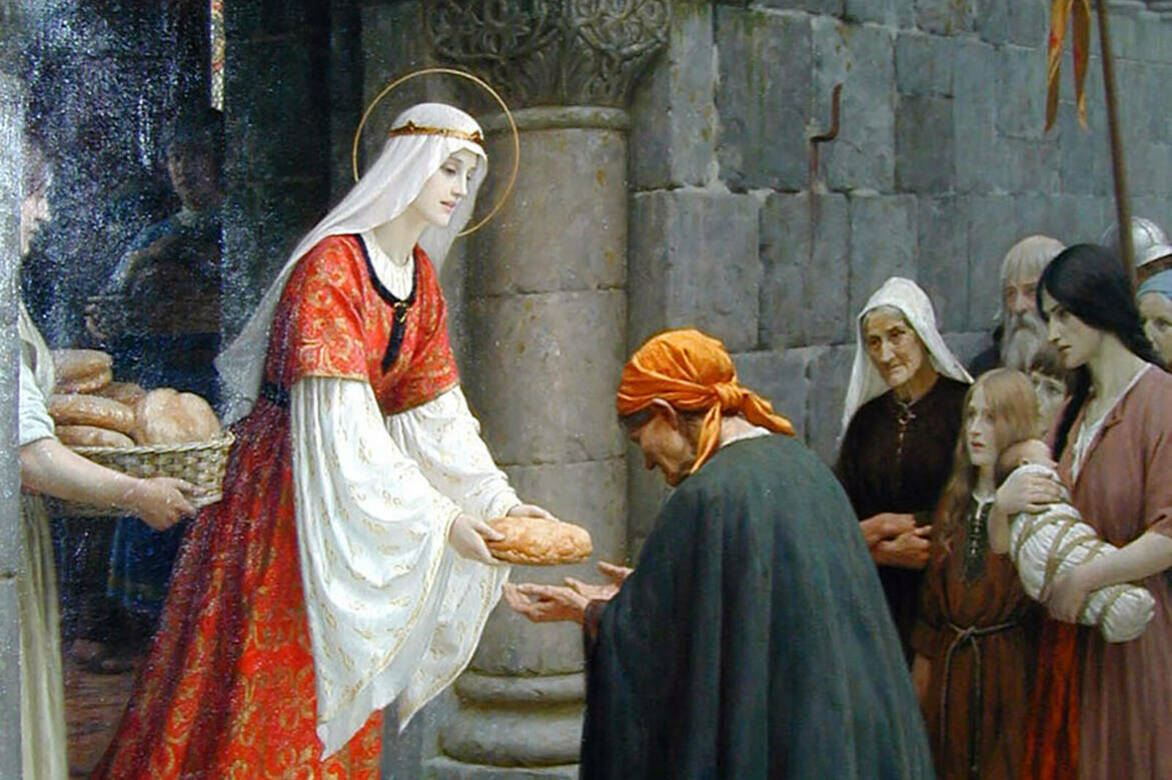 Elizabeth was born in Hungary in 1207, the daughter of Andrew, King of Hungary. From the beginning of her life, people were jealous and ridiculed her. They noticed that she was always trying to be holy. As she would play games with the other children, she would always contrive little ways to sneak into the chapel and have a visit with Jesus.

Betrothed to Louis of Thuringia at four years of age, Elizabeth married the 21-year-old Louis when she was 14 years old. Later, they had three children Herman, Sophia, and Gertrude. Early in their marriage, Louis rebuked Elizabeth because she was always serving people. Although Elizabeth was Queen, she longed to live the life of poverty she heard about through the Franciscans.

St. Elizabeth regularly gave her jewels and best clothes to the poor. Sometimes she gave everything away and had nothing to wear, but Jesus always provided for her. When she emptied the castle storehouses of grain for the poor, Jesus would miraculously fill them up again. “That’s no work for a Queen,” Louis reprimanded her. Once, he demanded to know what she was carrying in her cloak. When Louis pulled it open instead of finding provisions for the poor as expected, out cascaded lovely red and white roses. Louis knew then that she was indeed a holy woman, and from that point on, he dedicated his life to sharing her ministry.

After only six years of marriage, Louis died of the plague, and Elizabeth was devastated. Louis’ greedy brother, Henry, drove Elizabeth and her children out of Wartburg Castle the winter Louis died. She suffered great hardships until she was taken in by her uncle, the Bishop of Bamberg, who wanted her to remarry. Elizabeth refused, having promised Louis that she would not marry again.

Seeing that her children were taken care of by relatives, Elizabeth entered the Order of St. Francis. Master Conrad of Marburg, who was assigned to be her mentor and confessor, was very strict and harsh with her. But, Elizabeth continued her works of charity among the poor, the sick, and the homeless. She fished at the river to earn more money to help them. Elizabeth was especially concerned about the orphans and the elderly and built hospitals with her funds to take care of them. She had so much compassion toward them that she tended to their needs, cleaning their homes, and spinning yarn for their clothes.

Elizabeth lived with great austerity and worked continually in her hospice and the homes of the poor. At 24 years of age, her health gave way, and she died on November 17, 1231. She was buried in the chapel of the hospice and canonized a saint in 1235.